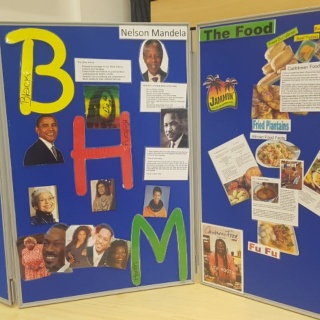 Is it enough for us to call October Black History? The reaches of history are all encompassing, space and time and even the
abolishment of slavery touched people that aren’t necessarily black. My life, our lives were made better by means of people that were of every shade imaginable, from golden sand to bitter sweet molasses and the African black diamonds of rich slave owners.

Some other students in my year and I performed poetry and have been arranging dances and speeches to make Black History less of a history lesson and more of an accessible four weeks to enjoy culture and literature from all races from all places around the world. White, Black, Caucasian, Latina, Hispanic or bi-racial we can still highlight how far black people have come without tarnishing or
ignoring the very rich and vivid cultures that exist in our culture and our school.

I’m asking you reader, yes you reader to ask at least one person from a different cultural background about their culture. It could assist you in understanding the wider world you are a part of; if not it could help you gain a friend or at least have a good laugh.

Are you aware that the first open heart surgery was performed by an African American Physician. Yes, Doctor Daniel Hale Williams took the first step to put into practise one of the procedures that has saved millions of lives. In fact this medical procedure saved half a million people a year in the USA alone! One brave man did the unheard of and gave us what we have today, there are so many more achievements like Dr. Williams’ that we must appreciate and recognise.

This year we did a poetry reading of ‘Checking Out Me History’ By John Agard, the purpose of this was to read it aloud to a
multi-cultural audience including all different races and beliefs. The poem is about how the history of black people is oppressed and
subdued, smothered under the ‘great achievements’ of the white race. But the black race have achieved just as equal achievements, as John Agard clearly says such as Napoleon Bonaparte and ‘Shaka The Great Zulu’. Napoleon Bonaparte was the Military Leader and Emperor of the French Empire, winning battle after battle with his extensive strategic knowledge and cunning, however ‘Shaka The Great Zulu’ unified hundreds of chiefdoms under one rule. Shaka only reigned for a brief amount of time and yet he still was able to unify hundreds of independent and proud tribes and chiefdoms. Shaka’s kingdom survived long after his death and many calculated attempts to sabotage it failed. These achievements are both extremely noteworthy and John Agard is portraying that they both
deserve to be taught to the modern generation.

In addition to the poetry, teachers sang led by Mr. Aghorighor. More music and dancing will be performed next week.

We thought this poem was a great choice as it reflects on how multi-cultural our society in Luton and Stopsley specifically is. This poem is very effective on the culture that we have in our 21st century society today; we tried to broaden people mind-sets and open up their eyes to the different kinds of achievements that have led to our present world today. Black people have contributed I
mmensely towards this and the achievements from all the different cultures deserve to be heard alongside the achievements of the White race in modern day society. 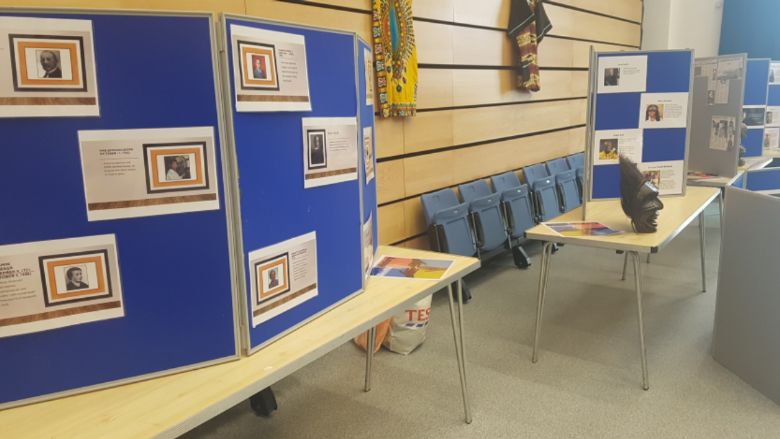