On the 23rd January, mixed years performed at the Holocaust Memorial service in the Luton University of Bedfordshire. With this being our 9th year running, for a change we had eight performances instead of one. We had a variety of acts such as a dance and a drama performance, with two of them being from Year 11s and one of them being from a Year 10 group. We also had a shadow-box performance and two songs with one being a solo and one being a duet. Overall the service was a massive success and the acts went really well. 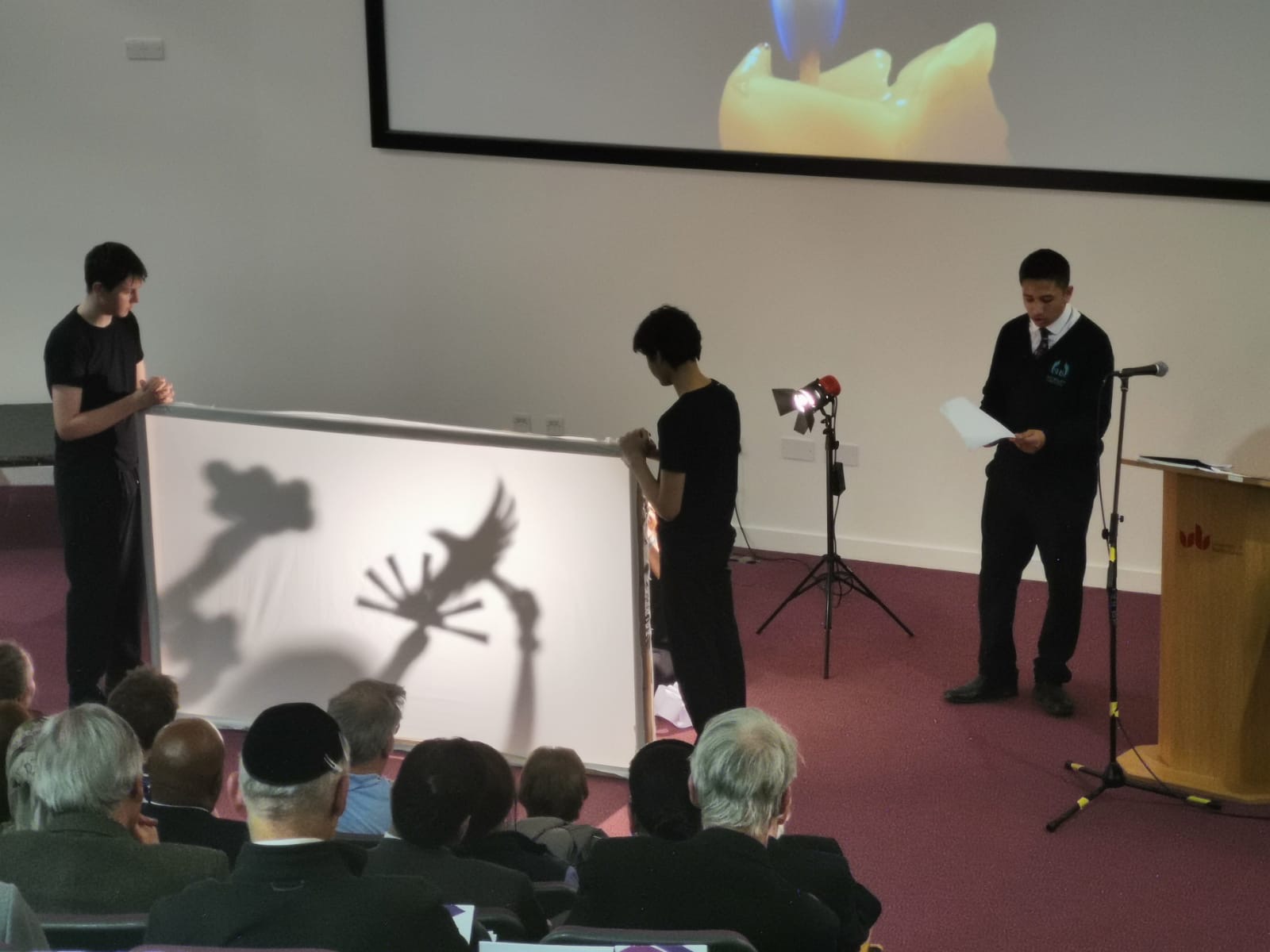 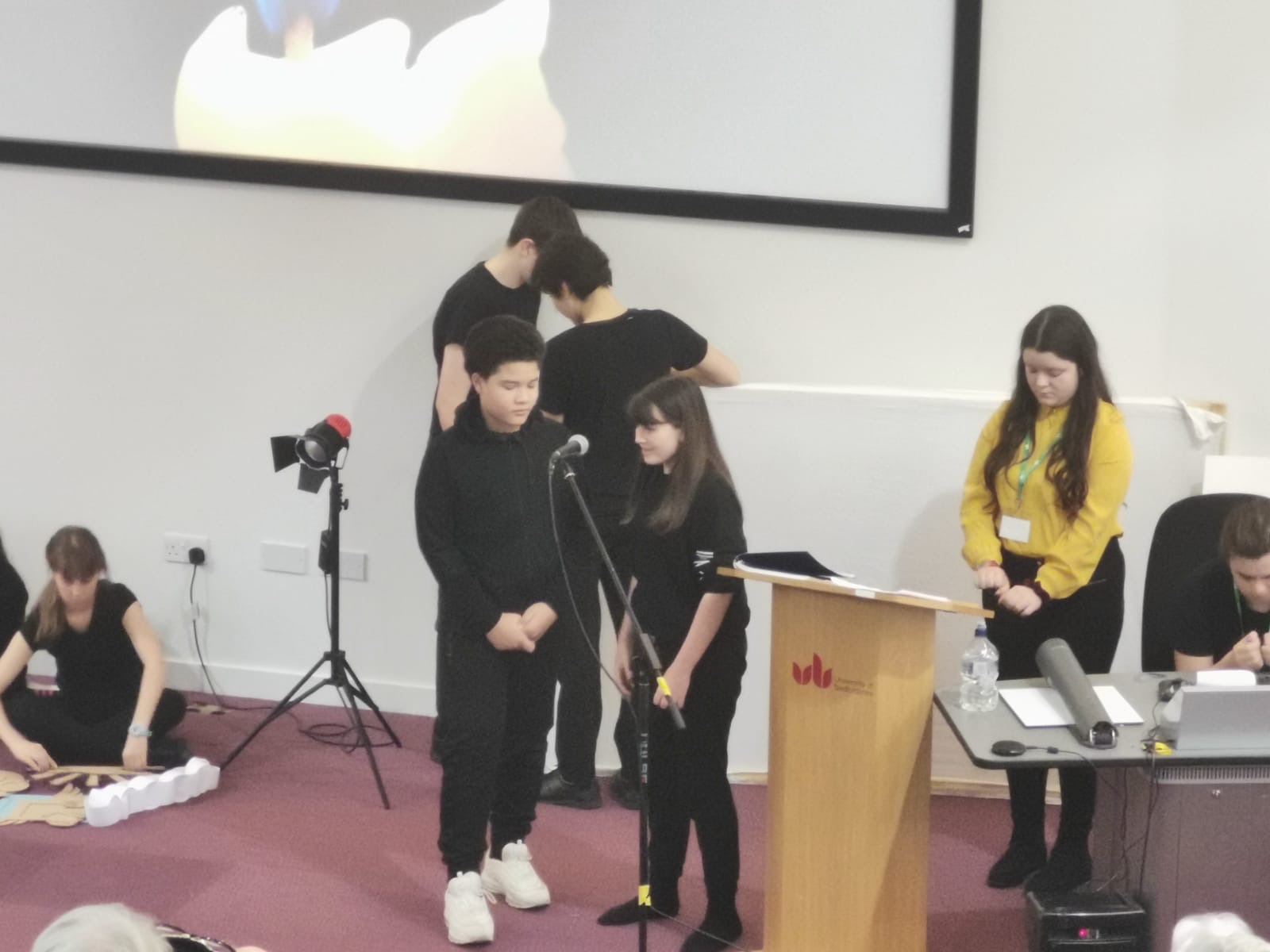 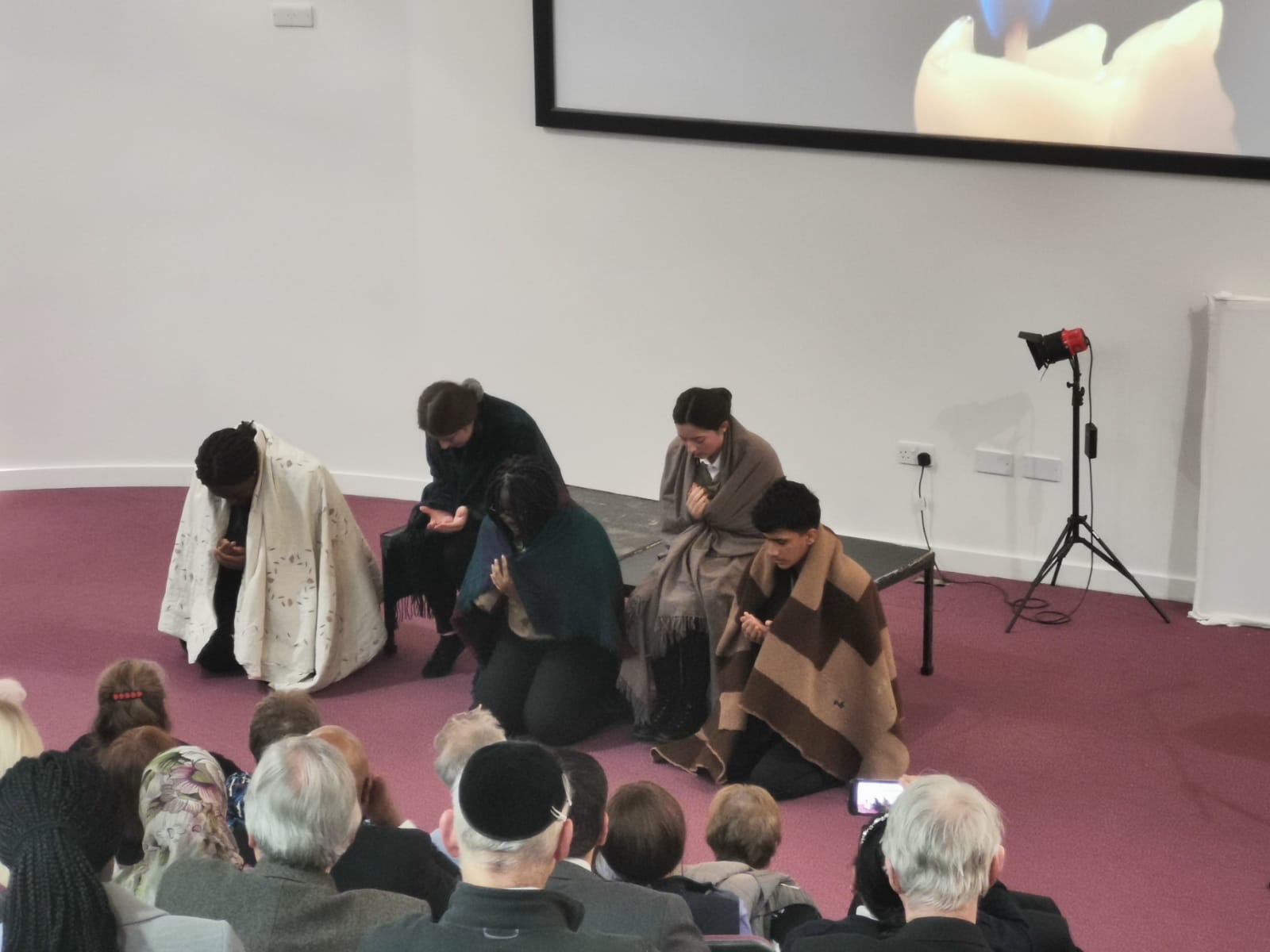